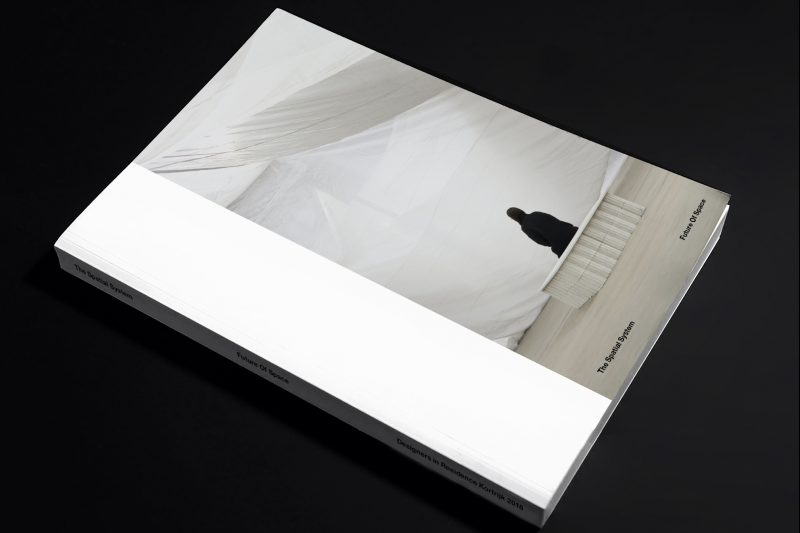 Jasna Dimitrovska (°1983, MK), Jaenam Lim (°1987, KR) & Kazumasa Takada (°1991, JP) joined the Designers in Residence Kortrijk program by Designregio Kortrijk from September to December 2018. They worked together on developing an experimental concept for the future of space, through confrontation between citizens, society, entrepreneurs and education in regions such as Kortrijk.

Now, Jasna, Jaenam and Kazumasa proudly present their "Future of Space” book, capturing their journey. Get to know everything about their research, concept, projection mapping and stunning final result!

We kindly invite you for the BOOKLAUNCH during KORTRIJK CREATIVITY WEEK at Hangar K in the presence of the 3 international designers.

Order your copy of Future of Space book for 20 euros by mailing to lise@designregio-kortrijk.be or buy it on the spot!


Kazumasa Takada (1991, JP)         www.pan-projects.com
Kazumasa is an architect and co-founder of an architectural design studio Pan-Projects based in Copenhagen, Denmark. With multicultural background, Kazumasa conceives architecture as a creation formed by fabricating complex different elements.

Jasna Dimitrovska (1983, MK)       www.jasnadimitrovska.net
Berlin based designer, producer and researcher working with both tangible and intangible interaction.
Jasna works on “art and science” projects and in the design industry she develops technological prototypes for various studios in Berlin.

Jaenam Lim (1987, KR)    www.jaenamlim.com
Specializing in interior design and architectural installation, Jaenam is a spatial designer who is keen on adaptive reuse of existing environments and various aspects of interiors within an urban context. She likes to create immersive spaces. Making physical models is one of her favorite methods in her design process to bring conceptual ideas into the real world.